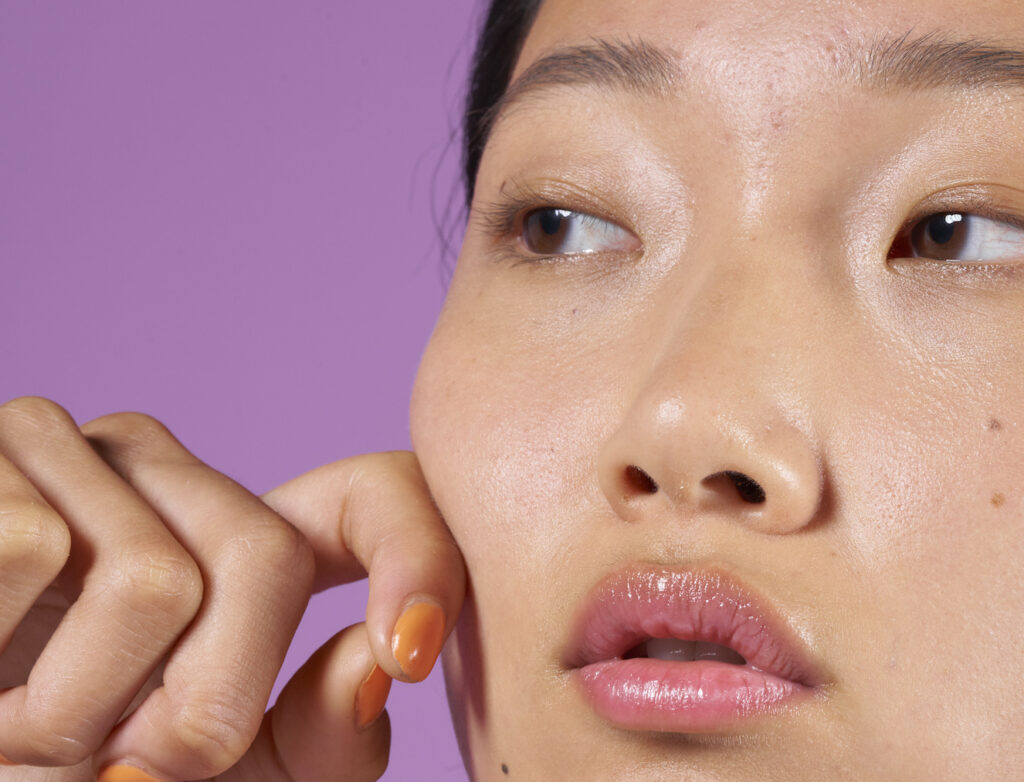 Sensitive skin is like the gluten allergy of the skincare world: Everyone thinks they have it. But just because you notice redness, stinging, or some other form of irritation after using a product doesn’t necessarily mean that you have bona-fide, 100-percent sensitive skin. You might actually have sensitized skin, which is skin sensitivity often created by self-sabotage  — think certain cleansing habits or harsh ingredients, for starters. While they both may look the same, there are a few key differences between the two.

What is sensitive skin?

Sensitive skin is one of those things you may be predisposed to — and you figure it out pretty quickly, since it means your skin is easily irritated. “Sensitive skin is skin that is caused by a wide range of conditions from environmental, stress, emotional and genetic factors,” says Michele Green, M.D., a dermatologist in New York City. “It’s triggered by nerve endings which become irritated and can no longer protect itself.” That results in a range of symptoms, such as flushing, redness, rashes, and itching.  It’s also not universal among skin types. “Sensitive skin is generally drier,” she adds.

What is sensitized skin?

Sensitized skin, meanwhile, is skin condition in which your skin eventually becomes more sensitive, or prone to irritation and redness. It can happen whether you have oily or combination skin, too.

Skin is all about balance — of oil and water, of good bacteria and bad bacteria, you know the drill. But one major contributor to throwing skin’s balance out of whack is by overcleansing, in which you remove makeup, dirt, and excess oil in addition to the skin-beneficial sebum that provides moisture. (The culprit? Usually harsh ingredients, such as sulfates and benzoyl peroxide.) “Overexfoliating or overcleansing can strip the skin of its natural moisture, interrupting the pH balance of the skin and making it more sensitive,” says Dr. Green.

Your skin barrier plays both defense and offense. It protects your body from outside aggressors, such as bacteria and pollutants, as well as keeps good things inside, such as moisture. No surprise, then, that an impaired skin barrier can contribute to everything from dry skin to breakouts. And when it’s compromised, irritants can also get access to deeper layers of your skin, wreaking havoc and causing inflammation — hence, sensitivity. Weather’s a major factor here. “During colder or warmer months. and also when it’s windy outside, the air is drier than usual and can cause the skin to become dehydrated — and also increase skin sensitivity,” says Dr. Green.

Read more about how to strengthen your skin barrier.

An allergy to an ingredient counts as sensitization — versus sensitive skin — because it pretty much resolves itself once the allergen in question is removed. It triggers the nerve endings in the skin cells, which leads to the rash that typically forms after using a product with an allergen. And it’s not just skin-care ingredients to blame. “Certain fabrics, chemicals, or jewelry can also cause skin sensitivity due to contact allergic reaction,” says Dr. Green.

How to Soothe Sensitive or Sensitized Skin

Whether you’re dealing with true sensitive skin — which may be accompanied by medical skin conditions, such as rosacea and eczema — or sensitized skin, “depending on the cause for it, some issues can be controlled,” says Dr. Green.

First, turn down your water temperature. “Hot water damages your skin and worsens the symptoms,” says Dr. Green. “After showering or cleansing with heat, your skin becomes red and increasingly more irritated. The heat also dehydrates your skin and removes essential oils and moisture from your skin.”

Rinsing your skin with cool or lukewarm water, on the other hand, can have the opposite effect. “It can benefit the skin by reducing inflammation, calming itching, and moistening your skin,” says Dr. Green. “You should also gently pat your skin dry with a towel rather than roughly wiping your skin.” Basically, treat your skin like you would a cashmere sweater: very, very gently.

In your skin-care products

Whether you’re working with sensitive or sensitized skin, you can’t go wrong in supporting your skin barrier and piling on moisture. “You should moisturize your skin almost immediately after taking a shower or cleansing so your skin can absorb as much as it can,” says Dr. Green.

Moisture starts at the cleansing step: Use an oil-based cleanser to remove makeup and grime without disturbing skin’s natural oils. In the Papaya Sorbet Enzyme Cleansing Balm, papaya enzymes offer exfoliation to brighten skin but are limited to removing dead skin cells at the surface only. Plus, papaya enzymes also actively soothe skin.

Then, pile on moisture. Start with the Watermelon Glow Ultra-Fine Mist, which contains rice germ oil to soothe and nourish skin. Next up: Banana Soufflé Moisture Cream contains moisture-boosting magnesium and potassium as well as cica, a.k.a. centella asiatica. Studies back up this herb’s key abilities to quell inflammation and increase moisture to skin, offering a one-two punch against sensitization. The moisturizer also contains magnesium, a superstar mineral that balances and soothes irritated skin, as well as turmeric, an anti-inflammatory ingredient that counteracts redness.

If you have sensitive skin, you might need to do this regularly to keep your skin healthy and calm. But if you’re guilty of taking steamy showers and using a harsh cleanser, temporarily tweaking your routine accordingly can go a long way in soothing skin.

Keep reading about what might be contributing to your sensitized skin:

How to Tell if You’re Overwashing Your Skin

Is Your Skin Barrier Broken? Here’s What To Do

PEGs: What They Are and How They Work 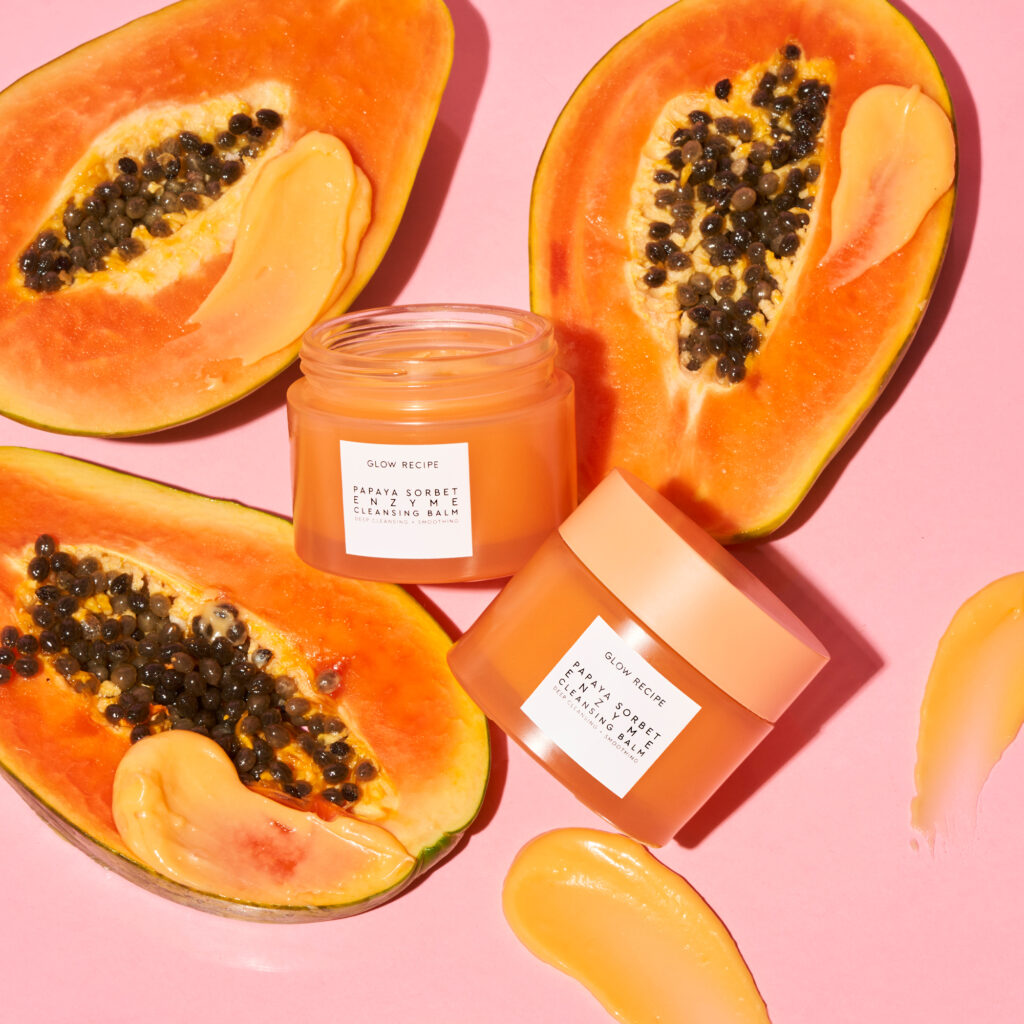 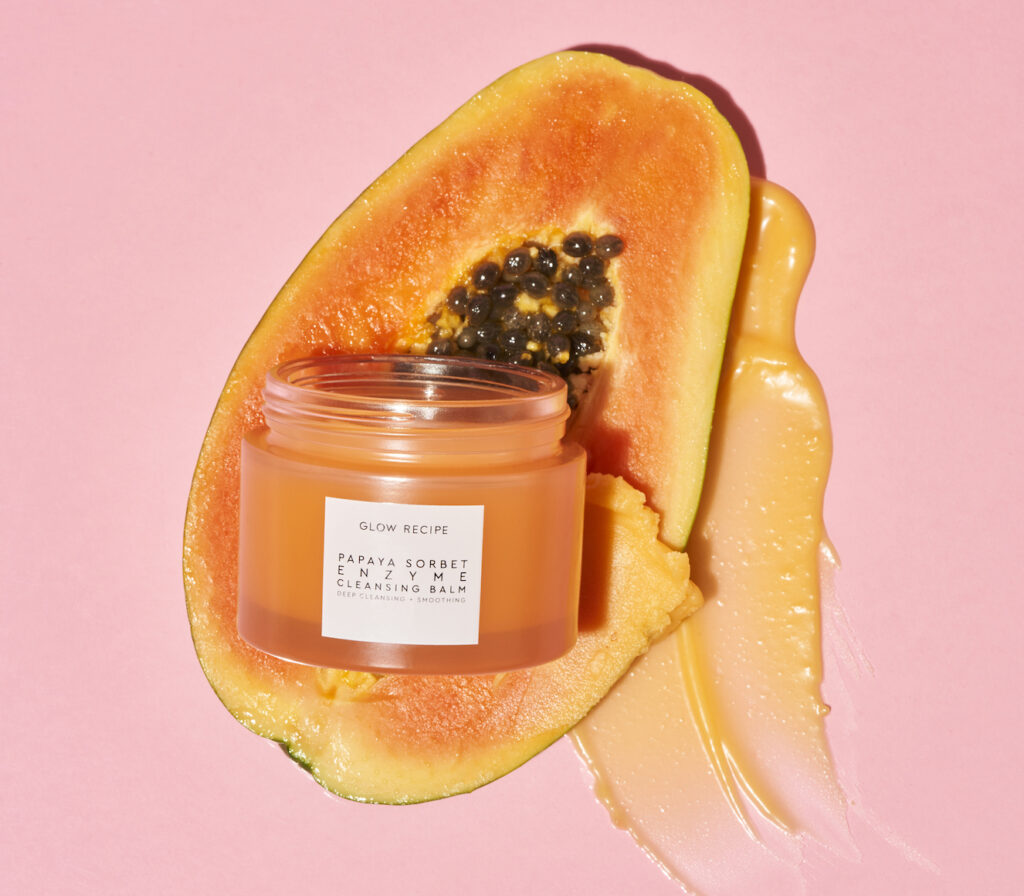 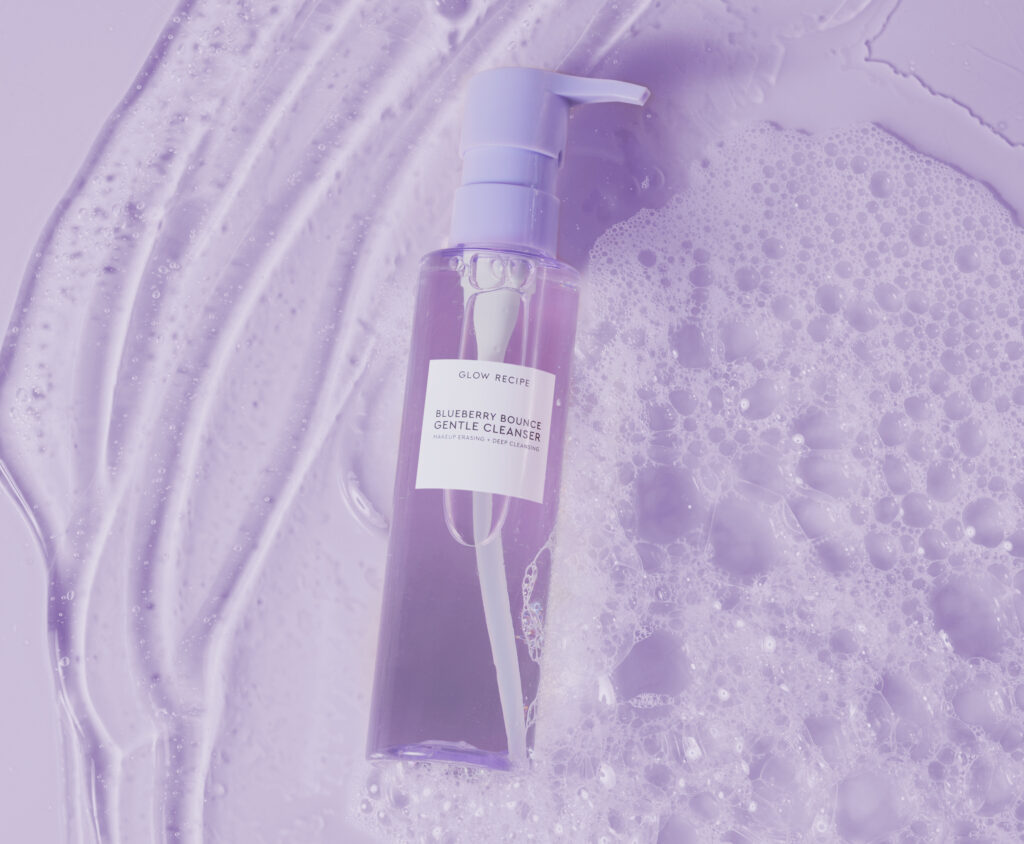 5 Reasons to Add Blueberries To Your Skincare Routine 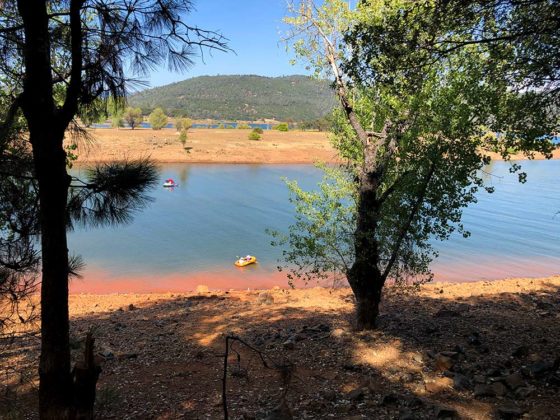 Checking In: The Summer of Camping (Part II), and a Couple Things to Try on Your Next Camping Trip 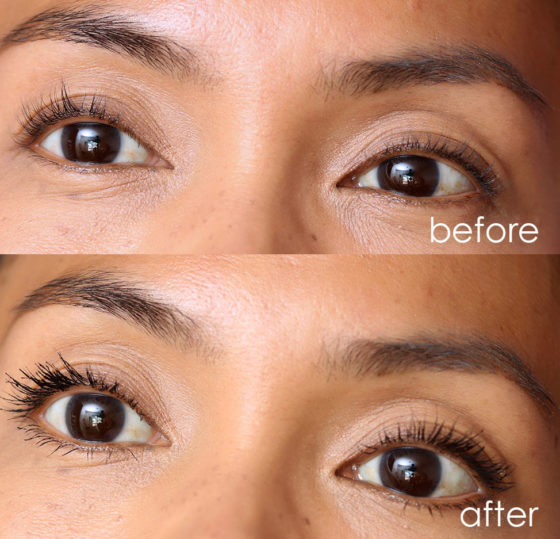 Before and After: Urban Decay Lash Freak Mascara 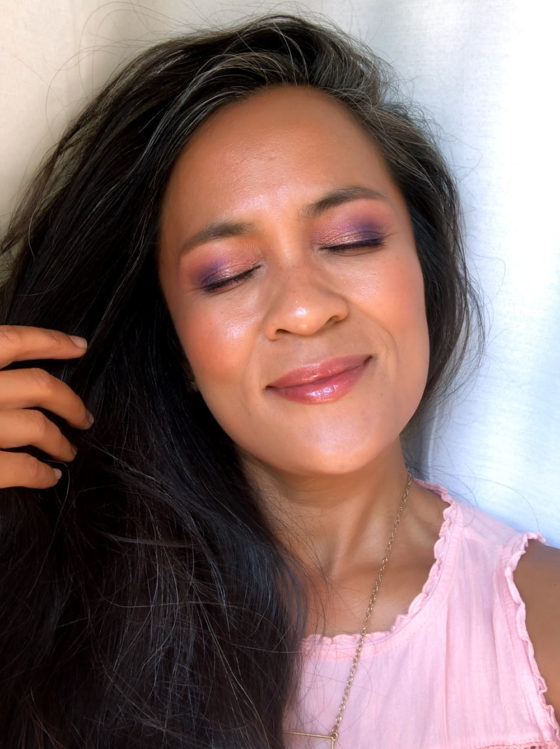 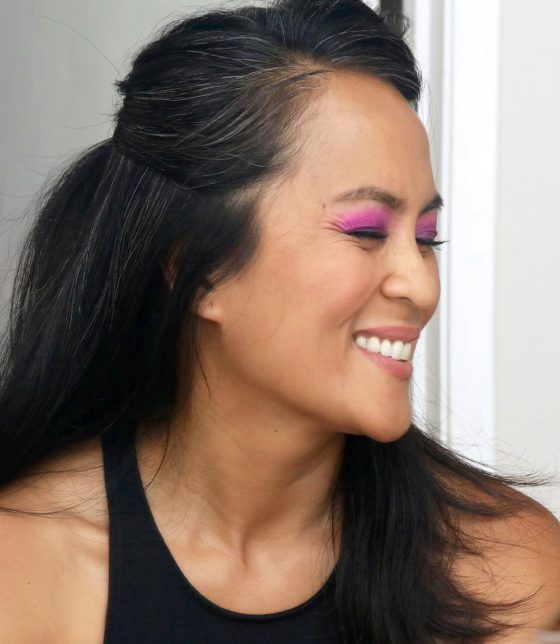 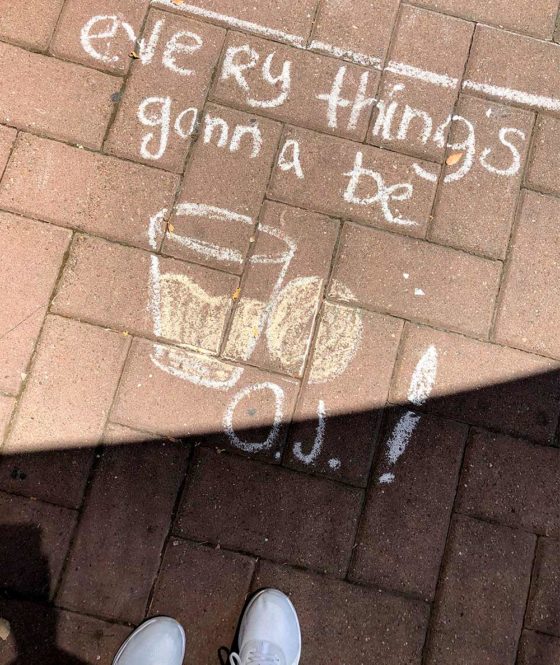